I am thankful and optimistic that my social media feed is filled with strong and compassionate views about making change in this country. I am so grateful to find myself surrounded in community that 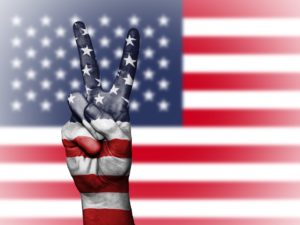 truly wants to move toward PEACE within ourselves and to also heal this world into the embodiment and integration of PEACE, too. Thank you to all the strong voices of passionate, caring, determined activists and friends who are taking a stand here for the necessary changes that are to come at this time. Change IS happening, this is undeniable.

I grew up in a place that was filled with fear, closed minds, dogmatic religion, deep rigidity, and a widespread lack of economic possibility that affected (and continues to affect) a large number of people in the area. Appalachia. I was raised surrounded by Protestant Christianity as the only religion, rampant racism and few people of color in my schools and community, rare contact with immigrants and foreigners, and the characteristic conservative belief system that allows for education to be integrated and appreciated only so far as it doesn’t interfere with those unfailing beliefs. I remember being in Biology class in 10th grade and hearing our teacher state that she was required by law to teach evolution, even though she didn’t believe it for a minute… in an honors class, as a licensed educator. I also remember being in American History class during an election year, and spending months involved in gathering information for a semester long project. It seemed abundantly clear to me at that time that the platform of the Democratic candidate was the only one that made sense, and I also recall having my views widely criticized by my classmates. Ultimately, I can barely believe that I am from the place I am from… for my own perspective, beliefs, and values are opposite in nearly all ways.

As the rally for gun law reforms has amplified in its passion and intensity, I must say that I am saddened, puzzled, and sickened by the number of people from my home region who are amplifying their views that they must stock the arsenal even stronger now, and that Jesus and their religion encourages them to arm themselves in the face of injustice in the form of gun regulation. One person posted a photograph of herself holding an assault rifle, proud and out loud about it, and many jumped in on the thread, saying “hell yeah!!!” These very same people spout the gospel of Christianity on a regular basis, and somehow have brought together the ideas of this pacifist, brown, Jewish saint who willingly walked into the hands of the enemy and allowed his own slaughter rather than participate in violence. The mentally deranged approach to this religion that is out of the closet more and more these days is, to me, no different at all than the much feared Islamic extremists: beyond reason, dogmatic, insane, and willing to kill in the name of the cause they are so devoted to. I truly wonder what it is inside of humans that is so attached to beliefs in “the one right true way” that fractures and fragments the mind from seeing what is in front of us, and drives insanity and violence to unbelievable measures? Is fear *that* intoxicating, that it destroys our capacity to see the error of our ways? Or is it some deep personal, ancestral, and cultural trauma that makes it impossible to access the wisdom that has been gathered throughout human history? Or is it truly just aggression and dominance that is so unwilling to allow even the possibility of change without feeling a threat?