I grew up in the south, and learned from an early age that “nice little girls are to be seen and not heard.”  My grandmother’s words still echo in my psyche, and as a small child I was determined to do the best I could to live up to her expectations.  Those were the 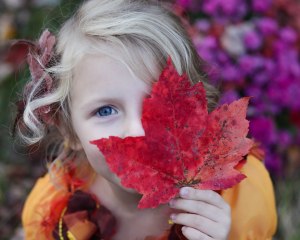 same expectations that I found as I entered school, for the reality is that nice children are polite to others, treat their teachers with respect and deference, do what they’re told, raise their hands, and work very, very hard to get everything right.  From grades to behavior to social roles, from a very early age we are indoctrinated into a way of being that is the one preferred by those around us – parents, communities, schools, religions.

Nice is one of those words, sticky sweet and kind of bland, grayscale, obedient.

I’ll be the first one to say that having a certain base level of respect offered to others is the foundation of any meaningful human relationship, and in order to meet others with differing views in the world, maintaining a certain degree of respect is a good thing.  Having a strong sense of self-respect is also fundamentally valuable, as it gives each of us an inner sense of the old adage, “do unto others as you’d have them do unto you.”  We can only give others the same respect that we carry within ourselves, and we do 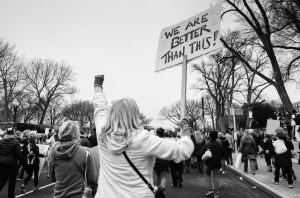 ultimately treat others the way we treat ourselves.  But there is a real difference between respect and nice.  Respect says, I know you are being a total asshole right now, and I’m not going to go there with you because I respect myself too much to follow you down that low.  Nice says, Oh, I better keep smiling here and nodding my head and agreeing with whatever you say, otherwise you might somehow reject me, and even though you’re being an asshole right now, I need to stay on your good side because I can’t bear the thought of having people dislike me, or even worse, consider me their opponent.

After a lifetime of trying to be all things to all people, I gave it all up.  I decided instead to find out who I am, to learn what I truly love, to discover what my true values are, and to follow my own inner compass.  Along the way, I learned that many of those things included in being a “nice girl” are stifling, and require me to put myself dead last in pretty much everything.  And while this kind of Donna Reed style paradigm was certainly the norm in white middle America’s golden age during the 1950s, where 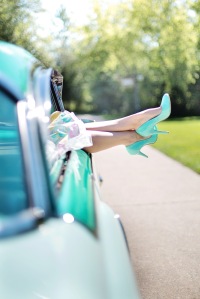 women’s lives were relegated to mothering and house making, looking pretty and keeping it all together so that their husbands always come home to a place that met every one of their needs for comfort and care.  After centuries of oppression, the 1950s were indeed the swan song of “nice.”

While American conservatives are often the ones playing the “nice” card hard and fast, at least for appearances, they are rarely guilty of actual “nice” in the way I was taught.  When is the last time a rich, white Republican put himself dead last in considering the best path of action?  More often, that rich, white Republican puts himself – and his cronies – dead first in considering the best path of action, namely what will give him a rise in power or pocketbook.  But everyone else had better play nice, and recognize their place in the right social order as declared by God himself…

Which brings me right back to fuck nice.

It seems to me that moderate to progressive Democrats have spent way way way too much time playing “nice” in these political games.  Is it because they truly possess such vast and abiding respect that they simply are unwilling to meet their political opponents in the game?  Are they so totally and completely bought, by and large, that they are

merely playing “nice” to their backers, trying not to rock the boat so that the playing field at least appears “nice” to the vast majority of supporters?  Are they trying to maintain some stiff upper lip sense of decorum, not wanting to be too subversive or progressive, fearing that the more moderate among their supporters will flip sides, choosing a more moderate Republican party?  What’s clear right now is that we have one party who has fully abandoned any attempt at playing “nice,” and the other seems to be standing in the wings, still holding on to their passionless, accommodating agreeableness, with a hope and a prayer that something can be done about it.

When the Democratic party awakens to a sense of passion, purpose, and fierceness equal to that of the Republican party that is now making a mockery of our democracy, there will be a lot more people who wake up and participate in the shaping of the nation.  “Nice” just won’t do.  It’s time for more and more of us to shake off the shackles of our own upbringing and cultural conditioned propensity toward “nice” and speak our truth,

stand for what is right, and be the hands, feet, mouths, minds, and hearts of a total revolution.  Revolution does not come from fearing who might be offended by the changes that are needed.  For real, who in the current administration is holding on to the tiniest bit of fear that their actions or values might offend anyone?  Voldemort himself sits there, posing for the camera with his puckered, boastful grin, proud of the atrocities he stands for, and hungry for the next, giving little consideration of the vast needs and perspectives of Americans.  It’s his way, his agenda, his values, and his preferences alone that guide him.  My Democratic friends, my progressive friends, it’s time that we embrace the very same unapologetic, bold, fearless, and righteous stance, adding a degree of grace and dignity, and take a stand for what we value, what is right and just, and what is in the best interest of ALL people.

The master weapon we must engage in this revolution?  Passion, boldness, fearlessness, courage, and purpose are all fundamental, but underlying all of these is compassion:  the response to the suffering of others that motivates a desire to help them.  While “nice” is tainted with a sense of obligatory duty, a hidden agenda, or a lack of sincerity, 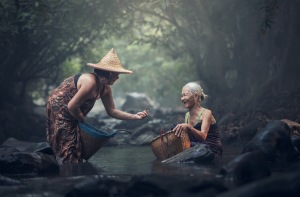 compassion is filled with heart and a desire to act from kindness.  While we’re in the middle of this crazy, chaotic revolution, it only behooves us to embrace the way of being we want to bring into the world, modeling it as we go.  “Nice” tells us to walk on eggshells, and to continue trying to convince our opponents with logic and reason why things are going to hell in a handbasket right now.  Compassion sees all sides of the situation, understands the challenges we humans face when we must change, and wisely holds the mutual suffering we all share… and then stands up courageously and creates the pathway forward that is in the name of truth and justice for all, and especially for the disenfranchised.  “Nice” wants us to be all things to all people, obedient like good puppies, and smiling as the house is burning to the ground.  Compassion wants us to be true to our own deepest wisdom, persistent and strong in the face of any challenges, and always anchored in the heart.

As much as I truly loved my grandmother, her vision of nice little girls needs to be fully and completely retired.  Any semblance of the golden age of the 1950s must be updated and purged from the culture.  We must revise not only our outward appearances, but our inner belief systems and structures that keep these old, dead paradigms still running in the background, half-conscious but persistent.  We have continued far too long as a culture dominated by white pseudo-Christian men, and they will not be dethroned without kicking and screaming, to be sure.  But just as any good parent would do with a

misguided child, we must model a new paradigm, continuing to point out the errors, and insisting upon broader understanding and greater wisdom in the shaping of our country.

Where justice is denied, where poverty is enforced, where ignorance prevails, and where any one class is made to feel that society is an organized conspiracy to oppress, rob and degrade them, neither persons nor property will be safe.   ~ Frederick Douglass